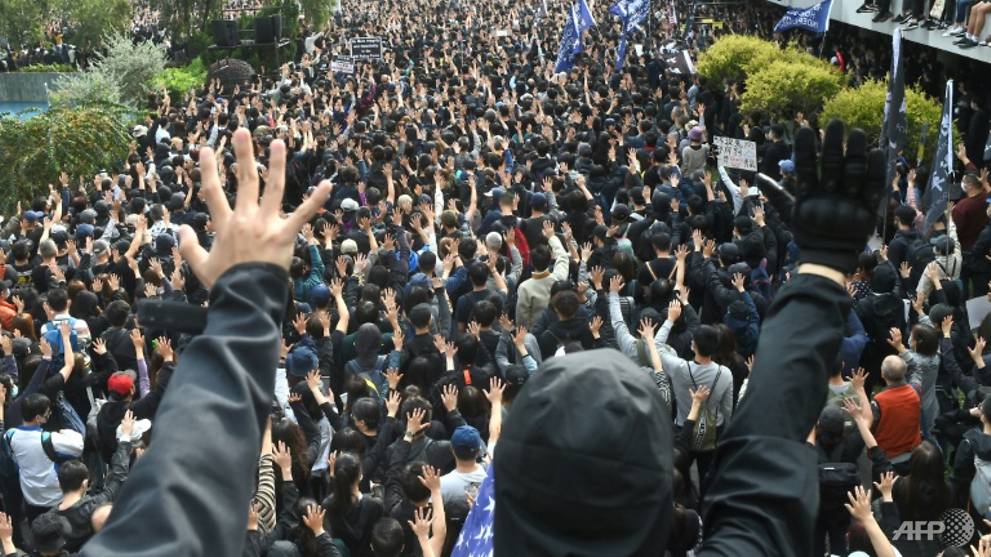 HONG KONG: Hong Kong police charged on Wednesday (Apr 22) two teenagers with murder over the death of an elderly man in a clash between rival protesters during the city's political unrest last year.