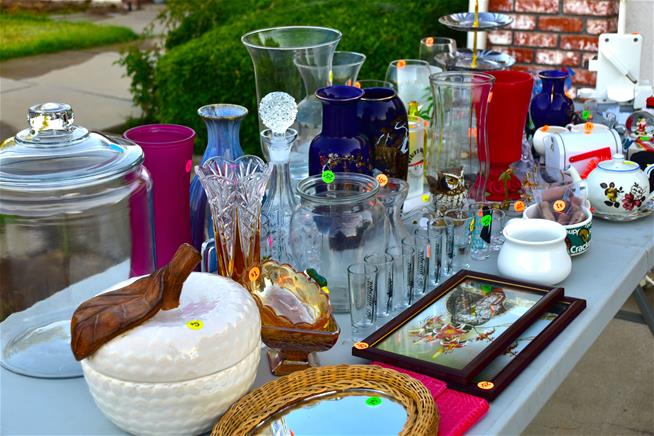 (Newser) – An Idaho mom of six has been hit with a misdemeanor charge that carries up to 6 months behind bars and a $1,000 fine after police say she held a weeklong yard sale amidst the coronavirus pandemic. Per Fox News, a Facebook post by Rathdrum Police Chief Tomi McLean lays out the timeline of what allegedly happened at Christa and Peter Thompson's home. Cops say they showed up during a yard sale on April 9 and "admonished" the homeowner, whom they provided with a copy of Gov. Brad Little's stay-at-home order. The family was confronted again on the 10th and said they would take down all signage, the post notes. Three days later, an ad for the yard sale on Craigslist spurred a written warning. Cops say the sale was still happening on April 17 "and sales transactions were occurring while police were present." The citation was then issued.