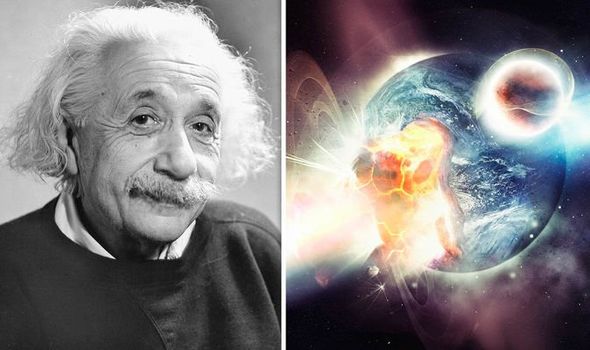 Einstein wrong? Why scientist was stunned by 'big mistake' over universe 'ripping apart'

Daily necessities special offer: Free delivery to your doorstep!
Shop the deals you love at up to 70% off!

The cosmological constant theory is centred around the energy density of space – known as vacuum energy – that arises in Einstein’s general relativity, providing a unified description of gravity as a geometric property of space and time. Einstein originally introduced the concept in 1917 to counterbalance the effects of gravity and achieve a static universe, a notion which was the accepted view at the time, but the German physicist abandoned the theory in 1931 after Edwin Hubble's discovery of the expanding universe. But he may have been right all along after a scientist discovered in 1998 that the universe is not only expanding but accelerating at a rapid rate, implying the possibility of a positive nonzero value for the cosmological constant, as hypothesised by Einstein.