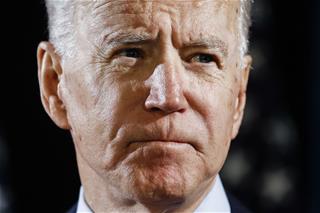 Biden Allegations a 'Huge Deal That's Not Going Away'

(Newser) – Joe Biden has yet to address a former aide's allegations that he sexually assaulted her in 1993, and women's rights groups are running out of patience. Several women's groups prepared a letter earlier this month urging the candidate to address Tara Reade's allegations, but they put it on hold while they pressured Biden's advisers to get him to make a statement, the New York Times reports. Shaunna Thomas of the UltraViolet advocacy group says it is hard for sexual assault survivors to see an accuser "being tossed aside and actively being weaponized by cynical political actors." She adds: "It would be an incredible moment of leadership for Joe Biden to show up." The groups wanted Biden to make a statement before the end of April, which is Sexual Assault Awareness Month. More:

whoever are all rubbish