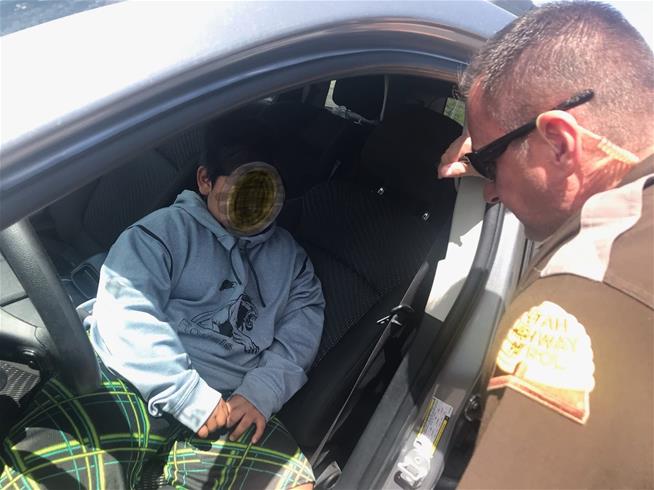 Utah Cop Pulls Over Driver Headed to Calif. He Was 5

The most convenient way to buy movie tickets! Try here!
Have fun taking surveys and you will get paid! Join now

(Newser) – A 5-year-old hoping to make it to California came up short Monday when he was caught driving on a Utah interstate. Utah Highway Patrol trooper Rick Morgan noticed a car swerving so badly on Interstate 15 in Ogden that he expected to find a person needing medical attention, per CBS News. Instead, he found a 5-year-old boy named Adrian, perched on the edge of the driver's seat so his feet could reach the pedals. "How does a little 5-year-old, 11 years younger than me, do it and I can't?" Adrian's sister Sidney Estrada tells KUTV. She was watching her younger siblings when she fell asleep. When she woke up, she noticed three things were missing: Adrian, the family's SUV, and the keys.