Want to study for an MBA? First understand these
Afraid to go to the cinema during the epidemic? You can also watch blockbusters online!

Kim Jong-un hit the headlines last week after it was believed the North Korean dictator had died during heart surgery. Rumours circulated that a doctor with “shaking hands” had botched the surgery. But the leader resurfaced for a celebration at a fertiliser factory on Friday (May 1), which was the first time he had been seen in public for nearly three weeks. The shock reemergence has led many North Korean ‘defectors’ to apologise for comments that he was “gravely ill” and even dead. Many have since speculated about where the leader may have been and why he didn’t contradict the spiraling rumours. One claim was that it was a “test” to see who would try to ascend to the throne in the wake of his demise. Some have controversially speculated that a wave of gruesome public executions could follow – in response to this betrayal and quell any potential uprising. Very little is known about the highly secretive nation and their leader, due to widespread censorship, extreme isolationism and propaganda. But in unearthed accounts, one whistleblower who worked under the Kim family revealed damning and insightful details about the nation’s leader. 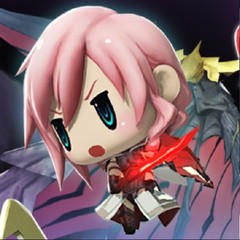