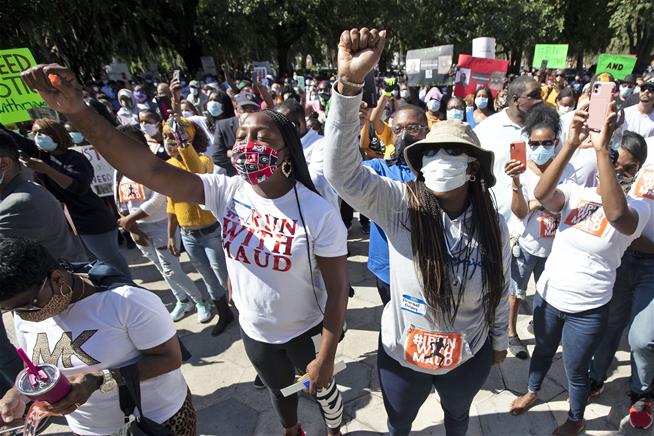 Suspect in Jogger's Death 'Knew Him' From Another Case

Do you want a free iPhone Xs? Many other amazing prizes are waiting too!
Haidilao is looking for manpower. Apply now

(Newser) – A suspect in the fatal shooting of an unarmed black jogger might have known him already, CNN reports. A Georgia prosecutor says his son and suspect Gregory McMichael had worked on an "earlier prosecution" of the victim, Ahmaud Arbery, when both worked at the Brunswick Judicial Circuit District Attorney's Office. The prosecutor, George Barnhill, made the claim in an April 7 letter to the Georgia attorney general's office recusing himself from the case. McMichael, 64, and his 34-year-old son, Travis McMichael, are accused of murder and aggravated assault in Arbery's death. They claim Arbery resembled a burglary suspect and they killed him when he resisted a citizen's arrest. For more: