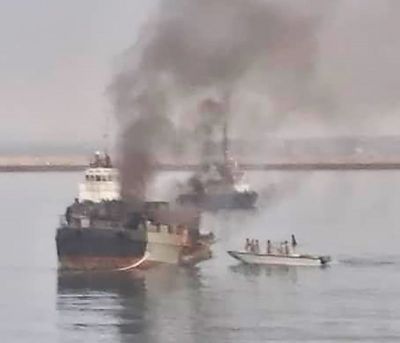 A video that is being circulated on social media and shared even by Iranian news sources claiming to be the moment a new anti-ship missile being tested by the frigate Jamaran on May 11 in the Gulf of Oman hit a support ship, Konarak is found to be a fake.