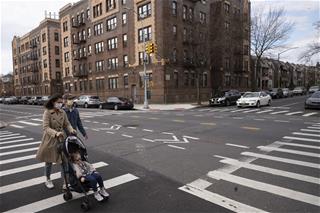 (Newser) – A 21-year-old New York rapper was gunned down on a Brooklyn street three weeks before the release of his first mixtape. Police responding to a 911 call about a man who had been shot found Nick Blixky unresponsive on Winthrop Street in Prospect Lefferts Gardens around 9:30pm Sunday, Brooklyn Paper and CNN report. Seven spent shell casings were found on the ground around him; he was killed just four blocks from where he lived. The Jamaican-American rapper, real name Nickalus Thompson, was set to release his debut mixtape June 3, the New York Post reports.