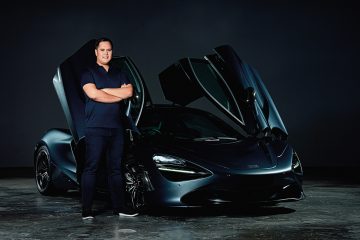 Need for speed: How Bryan Chin and his dad received the first McLaren 720S in Singapore

Afraid to go to the cinema during the epidemic? You can also watch blockbusters online!
Find "HOT" MOVIES in theaters this week here!

If looks could kill, the McLaren 720S comes close. Its presence can be as intimidating to other road users as the great white shark is to people. And, if there is a resemblance in the eyes and the front lamps, it is no coincidence. The fearsome shark inspired the supercar’s design.