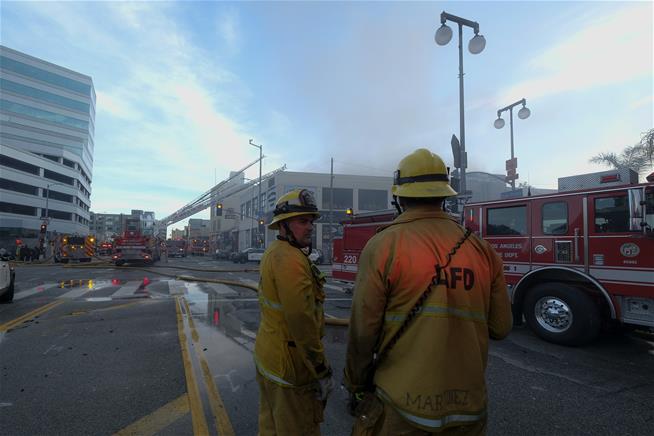 (Newser) – Police and fire investigators launched a criminal probe Sunday into the cause of an explosion at a hash oil manufacturer in downtown Los Angeles that sent firefighters running for their lives, the AP reports. Detectives from the Los Angeles Police Department's major crimes division were working with the city Fire Department's arson investigators to determine what might have sparked the blast that shot a ball of flames out of the building Saturday night and scorched a fire truck across the street, police spokesman Josh Rubenstein said. "We're in the very early stages of the investigation ... to understand what happened and figure out how to move forward," he said.