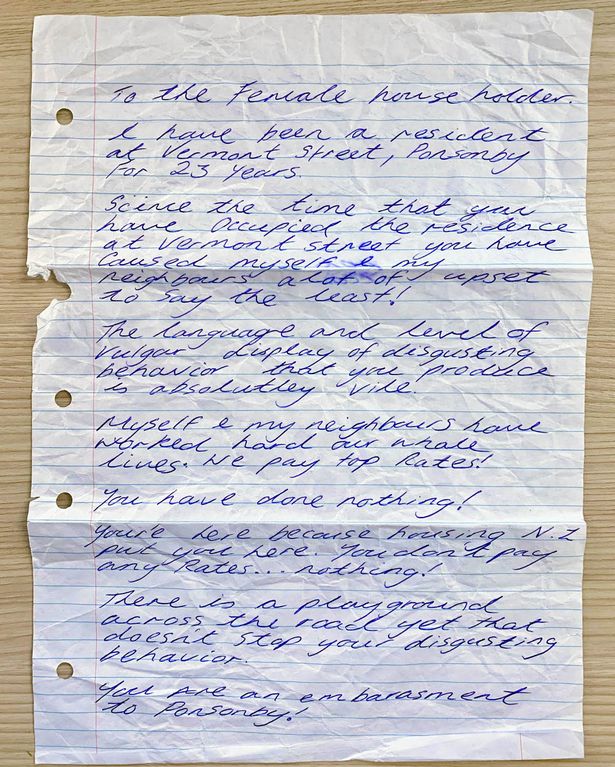 Rose Greaves, from New Zealand, received a handwritten note telling her she has caused "upset" among residents since she moved into the neighbourhood seven years ago