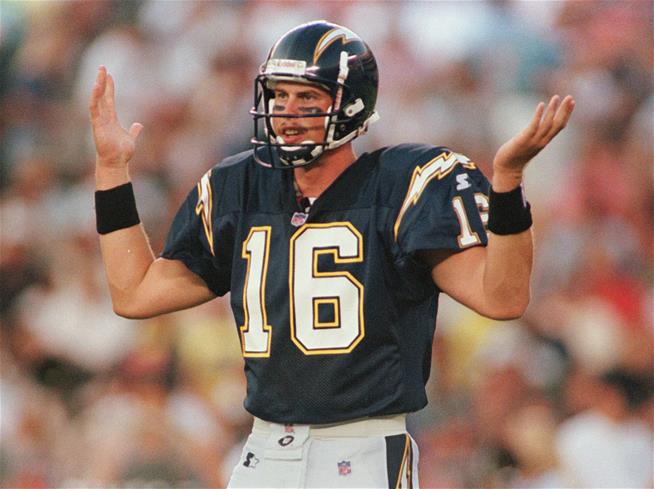 (Newser) – Former NFL quarterback Ryan Leaf was arrested in Southern California on Friday, reports the AP. Leaf, 44, was arrested on a domestic battery charge in Palm Desert, which is about 110 miles southeast of Los Angeles, according to booking information provided by the Riverside County Sheriff's Department on Saturday. Leaf is being held on $5,000 bail at the Larry D. Smith Correctional Facility. It wasn't immediately known if Leaf had a lawyer who could speak on his behalf.