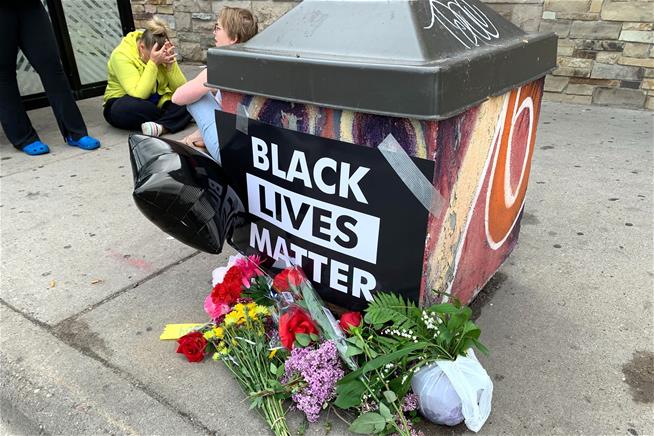 (Newser) – Four Minnesota police officers involved in the death of an unarmed black man are "no longer employees," says Minneapolis Police Chief Medaria Arradondo. The four officers were fired after video surfaced of a white officer kneeling on the handcuffed man's neck while he repeatedly said "I can't breathe." Minneapolis Mayor Jacob Frey tweeted that the four officers had been "terminated" and said it was the "right call," the BBC reports. He told reporters that the Monday night incident was "completely and utterly messed up," adding: "I believe what I saw and what I saw is wrong on every level. Being black in America should not be a death sentence."