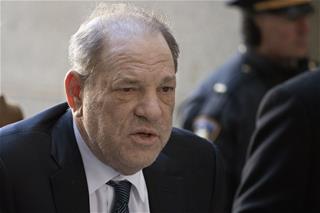 (Newser) – Four new rape accusations against Harvey Weinstein have emerged in a lawsuit, Variety reports. The accusers allege the movie mogul sexually assaulted them between 1984 and 2013; one of them says she was about 17 years old when Weinstein invited her to his hotel room to talk about her potential showbiz career, and that after he raped her, he threatened her with physical harm if she told anyone what had happened.