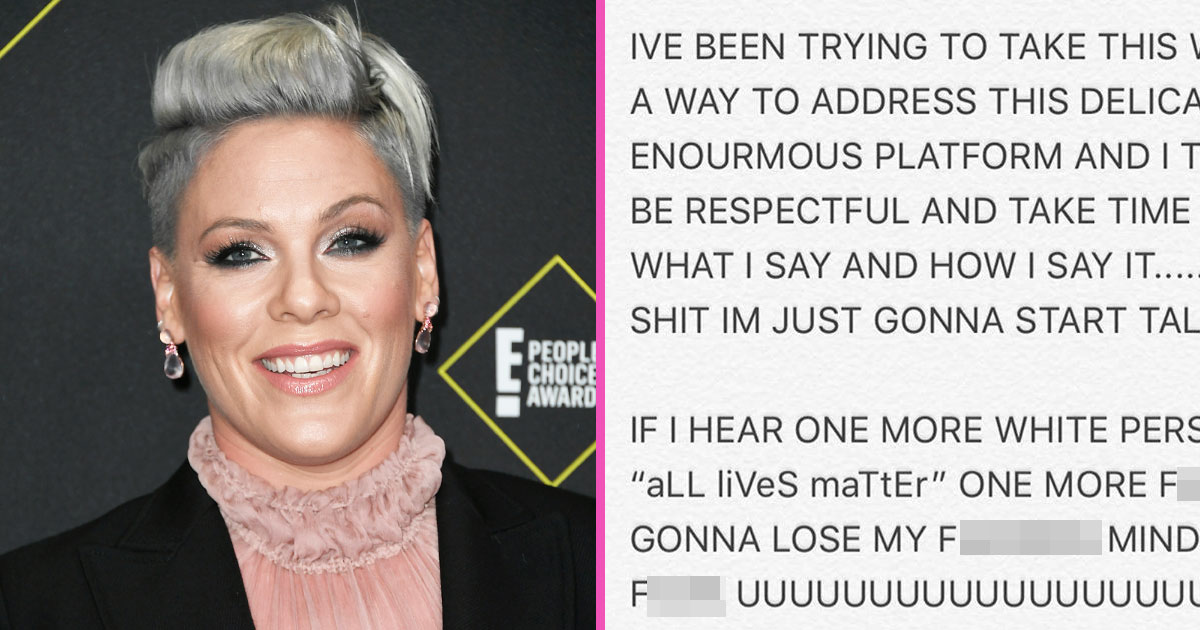 Pink Has Words For Commenters After They Criticize Her BLM Post

Highest quality moving experience! No hidden charges!
Want to study for an MBA? First understand these

After sharing Billie Eilish’s Black Lives Matter post, some of Pink’s fans weren’t happy — but the singer refused to stand down

Over the weekend, singer Billie Eilish’s poignant post which supported the Black Lives Matter movement in response to the horrifying murder of George Floyd, put her in the spotlight. The 18-year-old’s impassioned statement on Instagram was liked millions of times, and was praised by so many people — including singer Pink who even shared it on her own account. However, not everyone was a fan of what Eilish had to say — or the fact that Pink decided to support the message.