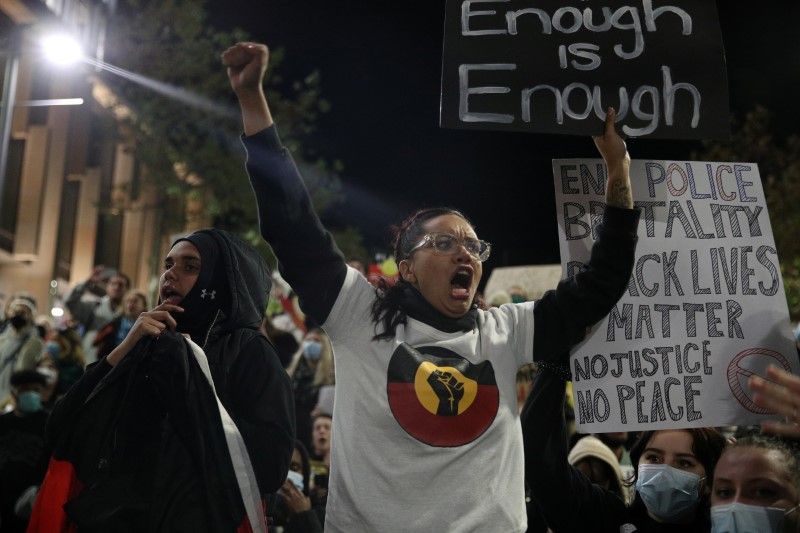 SYDNEY (Reuters) - Thousands of people protested in Sydney on Tuesday over black American George Floyd's death in U.S. police custody, as Australian police faced questions about use of force during the arrest of a teenager of aboriginal descent.