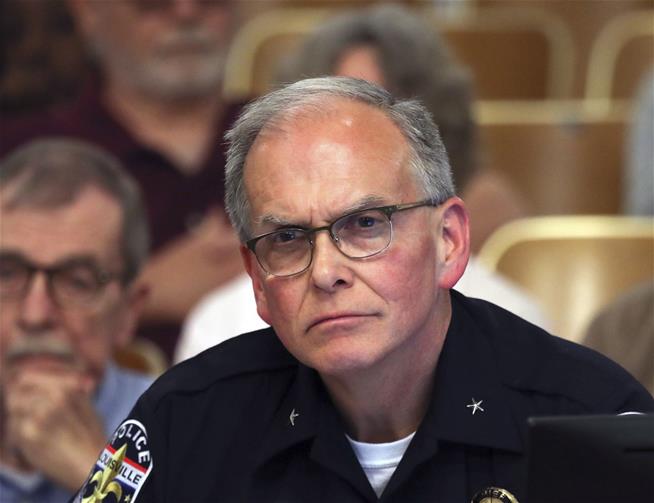 (Newser) – The officers involved in a Monday shooting that left a black Louisville business owner dead did not have their bodycams turned on—a revelation that has led to the firing of the police chief. Louisville Mayor Greg Fischer announced Monday that Steve Conrad had been relieved of duty, NBC News reports. The fatal shooting took place just after midnight, amid protests over the deaths of George Floyd in Minneapolis and Breonna Taylor in Louisville itself, both at the hands of cops. In the wake of Taylor's death, officers have been required to wear active body cameras; the officers involved in the Monday incident either weren't wearing them at all or didn't have them activated. Conrad had just last month announced an abrupt retirement after coming under fire over Taylor's shooting, but he originally planned to work through the end of June.