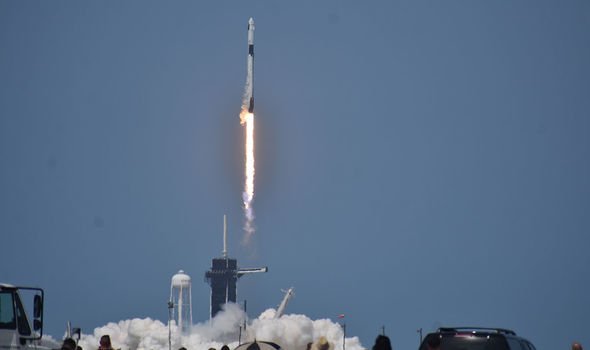 Save up to $100 to renew your car insurance via this app!
Start Syncweath to better organise and optimize your finances!

Last night NASA and SpaceX successfully launched the Crew Dragon spaceship into orbit, separating from the Falcon 9 rocket after blasting off from the Kennedy Space Station for the first time in nine years. The mission is carrying veteran NASA astronauts Doug Hurley and Bob Behnken to the International Space Station, where they are expected to dock at 3.29pm today. More than half-a-million are currently tuned into the live stream on SpaceX’s YouTube channel, but part of the feed was suddenly cut yesterday when an object appeared to fly below the spaceship.