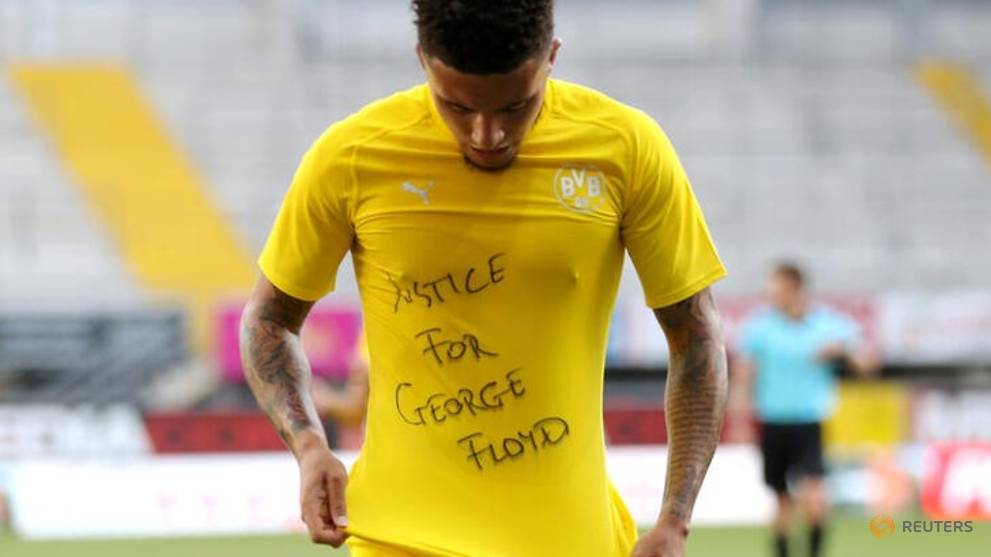 FRANKFURT: Bundesliga players are free to show their support for protests over the death of George Floyd, an unarmed black man killed in police custody in the United States, the German Football Association (DFB) said on Wednesday (Jun 3).

The DFB said in a statement that no disciplinary action would be taken against Borussia Dortmund's Achraf Hakini and Jadon Sancho, Weston McKennie of Schalke 04 or Borussia Moenchengladbach's Marcus Thuram - all of whom signalled their support during matches.