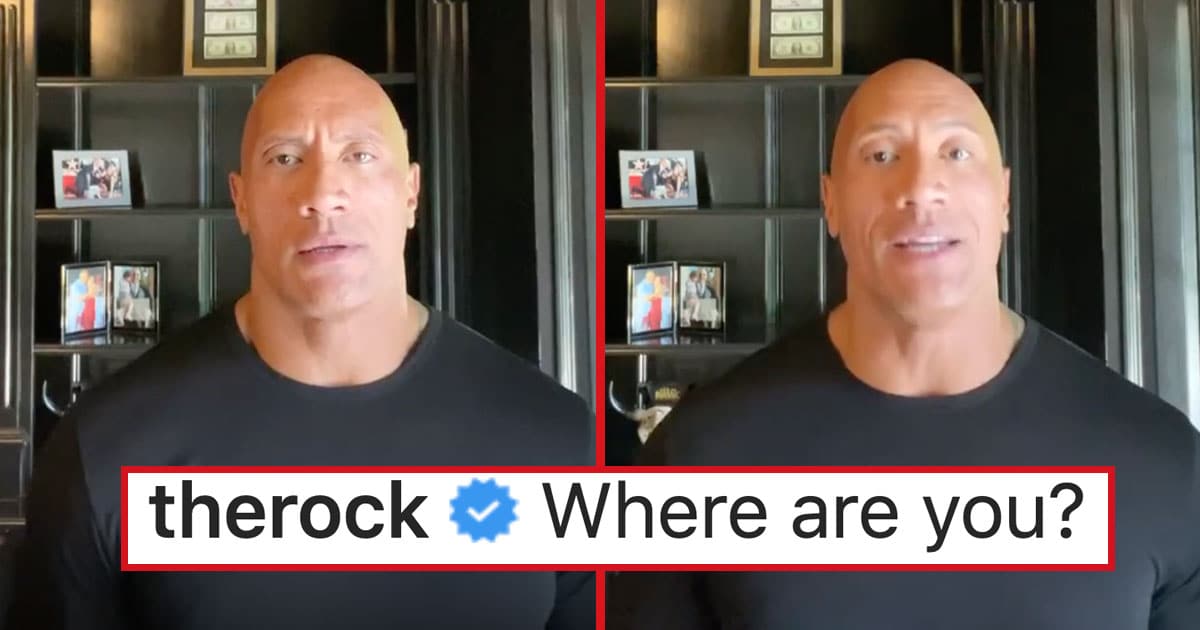 The Rock Calls Out Trump: ‘Where Is Our Compassionate Leader’

Exclusive moving service promotion!
Do you have vision problems? Let SLM help you!

In a video posted to Twitter and Instagram, The Rock never says Trump’s name, but it’s clear who he’s speaking to

As protests continue into their second week following the deaths of George Floyd, Ahmad Arbery, and Breonna Taylor — in addition to countless black Americans killed before them — celebrities have joined those speaking out, using their platforms to help spread the messages they believe in. And one who just planted himself firmly on the side of racial justice is Dwayne “The Rock” Johnson, who posted a nearly nine-minute video to his Instagram and Twitter accounts, voicing his support of the Black Lives Matter movement while also delivering a blistering critique of Donald Trump.