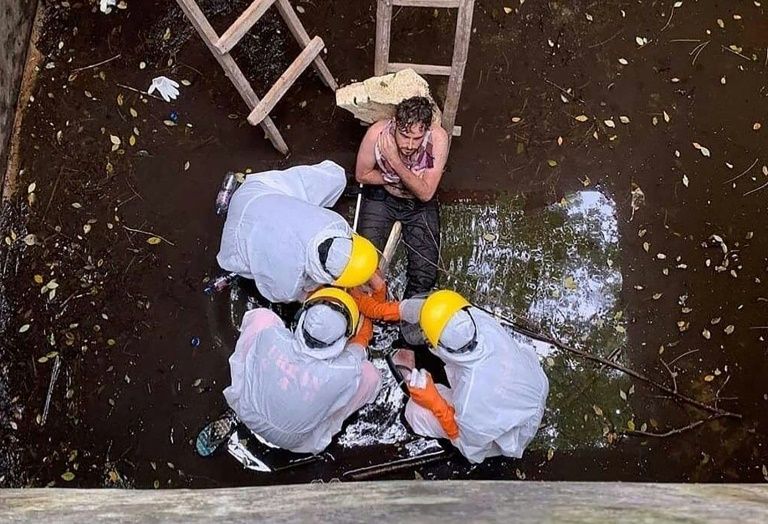 British man in bali rescued after 6 days trapped in well

A British man who spent six days trapped in a well after being chased by a dog has been rescued on the Indonesian resort island of Bali, authorities said Sunday.

A rescue team lifted 29-year-old Jacob Roberts from the four-metre-deep concrete pit after a farmer in Pecatu village raised the alarm.

"Jacob's calls for help were heard by a local who was going to feed his cows," local search and rescue chief Gede Darmada told AFP.