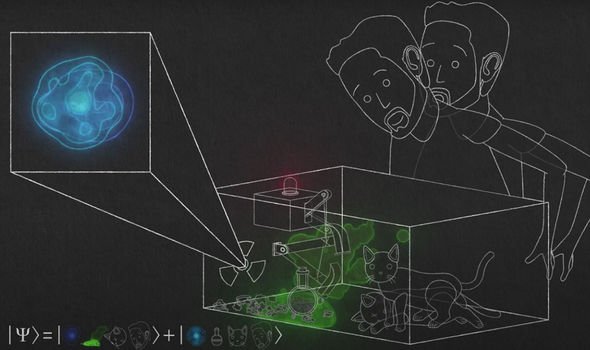 In April, New Scientist magazine published an article about anomalies coming from a NASA neutrino detection experiment in Antarctica, and what these could mean for a speculative cosmological model suggesting there is an antimatter universe extending backwards from the Big Bang, leading some to question whether the idea of a parallel universe is really feasible. According to the Copenhagen interpretation – an expression of quantum mechanics – physical systems generally do not have definite properties prior to being measured, and quantum mechanics can only predict the probability distribution of a given measurement's possible results, causing the set of probabilities to reduce to only one possible value. But, in 1935, the Schrodinger’s cat experiment, devised by Erwin Schrodinger, illustrated the problems when applied to everyday objects, after the scenario presented a hypothetical cat that may be both alive and dead in a state known as quantum superposition.