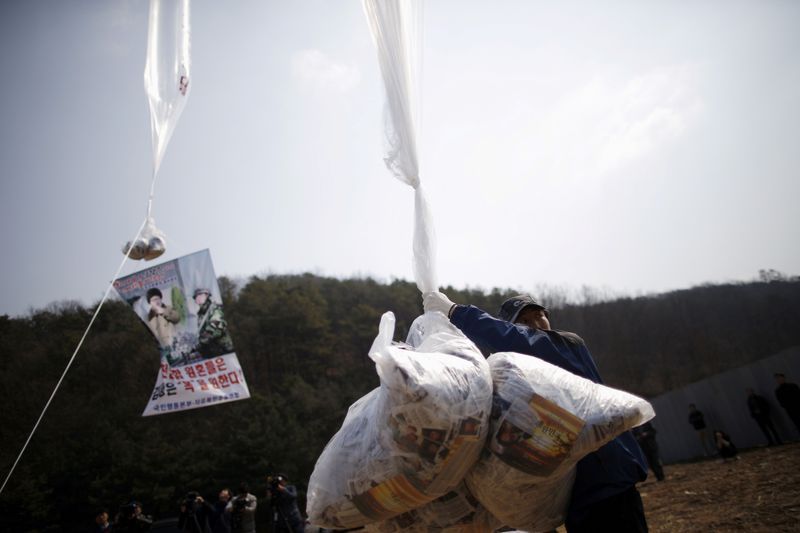 By Sangmi Cha and Josh Smith

SEOUL (Reuters) - A day after North Korea suspended communication hotlines with South Korea over defectors who send propaganda and contraband into the North, South Korea said it would take legal action against two organisations that conduct such operations.