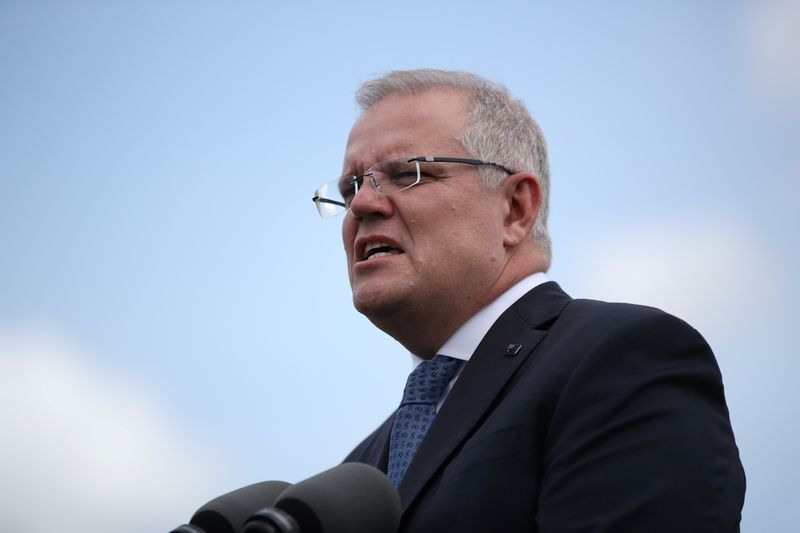 SYDNEY (Reuters) - Australian Prime Minister Scott Morrison said that he would not be intimidated or give into coercion when asked on Thursday whether Australia would keep taking hits on exports from major trading partner China.