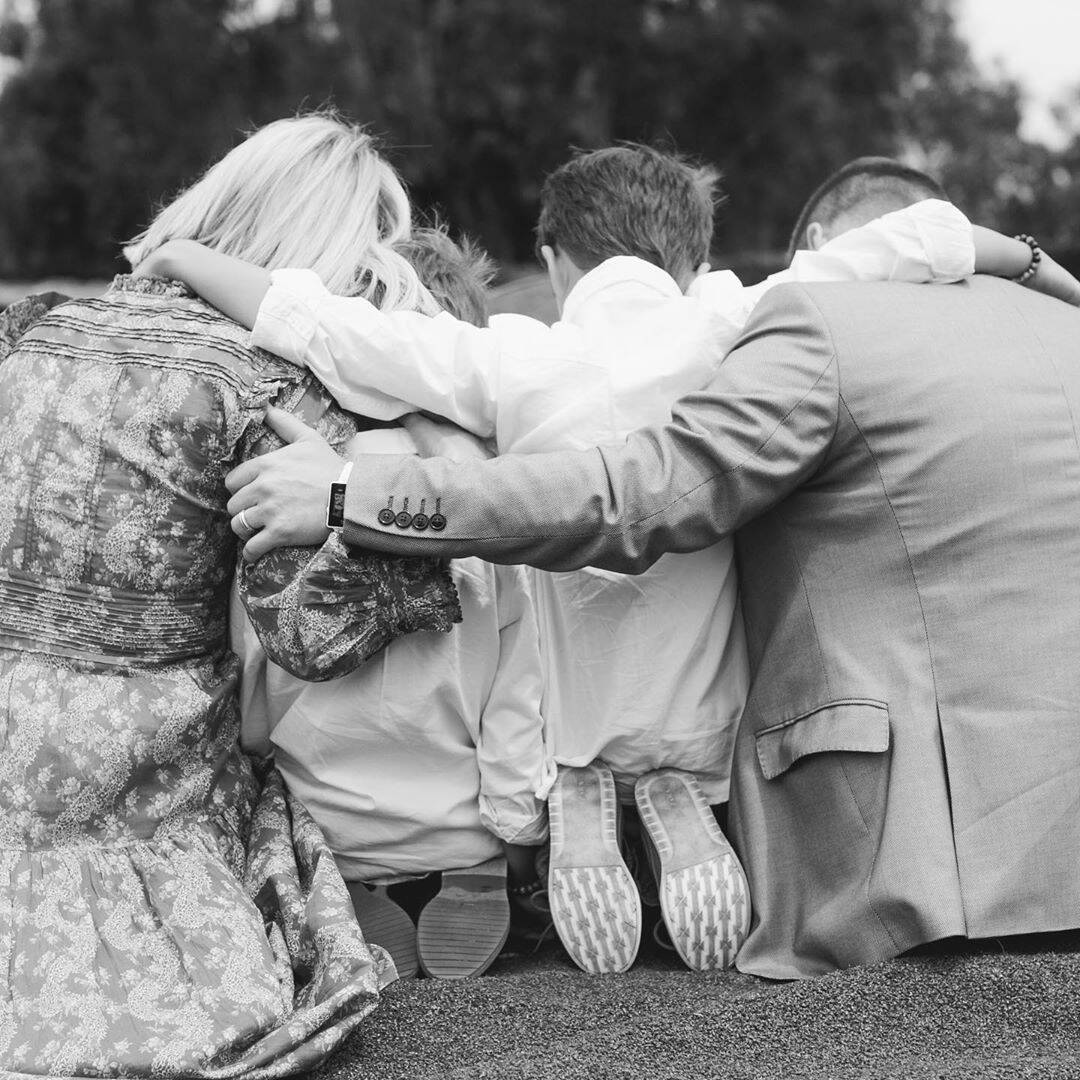 The influencer announced the news on Thursday by sharing a few pictures from the funeral on Instagram. The images showed Ashley gathering around the casket with her husband, Ben, and their sons Wesley and Sawyer. The family members placed roses on top of the casket and held each other close. Their handprints also appeared along the side.