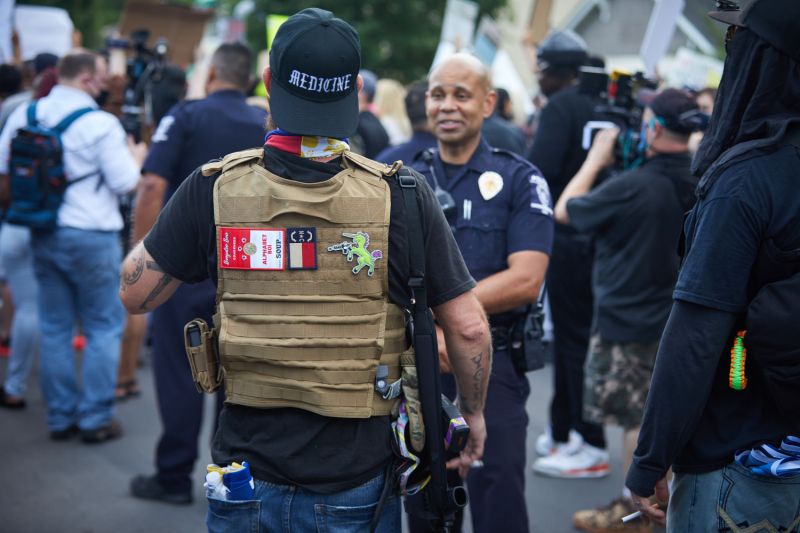 President Donald Trump has warned repeatedly that antifa, a favorite bogeyman, is behind the violence during recent waves of protest. But while scant evidence supports Trump’s claims, another loosely organized movement has become a prominent sideshow at nationwide demonstrations and been linked with attacks and plots to create chaos.