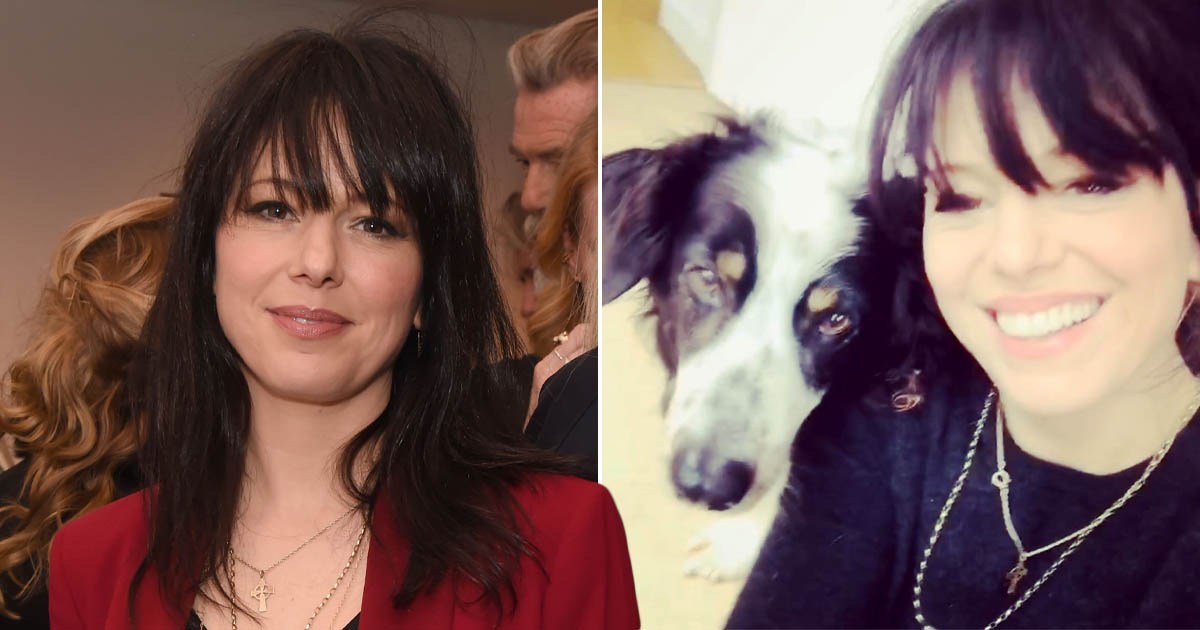 Imelda May’s dog saved her newborn daughter’s life: ‘I owe him a lot’

Imelda May has revealed her late dog Alfie saved her daughter’s life when she was a newborn.

The Irish singer, 45, said the pooch – who sadly died on 9 May aged 13 – alerted her when her daughter pulled a plastic bag over her face.

Alfie, who was beloved by stars like Jools Holland and Sir Terry Wogan, kept whimpering until Imelda ran to find her child unable to breathe.

Speaking days after Alfie’s death, May told PA: ‘He saved my daughter’s life when she was a newborn.

‘She had pulled a plastic bag on to her face and he would not stop – like Lassie – getting me, running back and forward, whimpering until I followed him and I saw the plastic bag over her face.

Alfie got Imelda’s attention when her daughter pulled a plastic bag over her face (Picture: Instagram)

Imelda is spending lockdown with her boyfriend and daughter, who is now seven.

She had Alfie cremated and plans to keep hold of his ashes in case she moves house.

The singer said: ‘I can’t cope with letting him go totally, so I have decided to just keep them.

‘He came on tour. He had his own bunk on the tour bus.’

She added: ‘He had his own laminates for Glastonbury, even though they say you can’t bring dogs. We had to ok it all beforehand.

‘He went to Glastonbury, T In The Park, he was in BBC studios, he was at my feet for recording most of my albums. He was certainly at my feet for writing all of them.

‘He was in Abbey Road, he was the only dog they would allow into the Royal Albert Hall.’

She also quipped that Alfie was ‘the best man I had ever lived with’.

May recently released an album of her poetry, titled Slip Of The Tongue, which tackles themes including lockdown, domestic abuse and family.

It features a poem, written during the coronavirus pandemic, called Stay.

Speaking about the lyric, she said: ‘We seem to have this machine where we have no worth unless we are productive.

‘I think this continued for a little while during lockdown. I must do this and I must do that. I must learn a language, I’m going to plant potatoes and sort my garden.

15 things only people who've overdosed on Balamory will understand

Sir Terry Wogan leaves £1million to his family in his will

‘That may be the whole point of this – to not be productive. Maybe that’s the point. Maybe we should take that from this, that wasting time is time never wasted.’

‘It’s normally those things that you have memories of, the joking around and chatting and sitting reading a book or having a coffee or lying on your back and looking up at the clouds.’