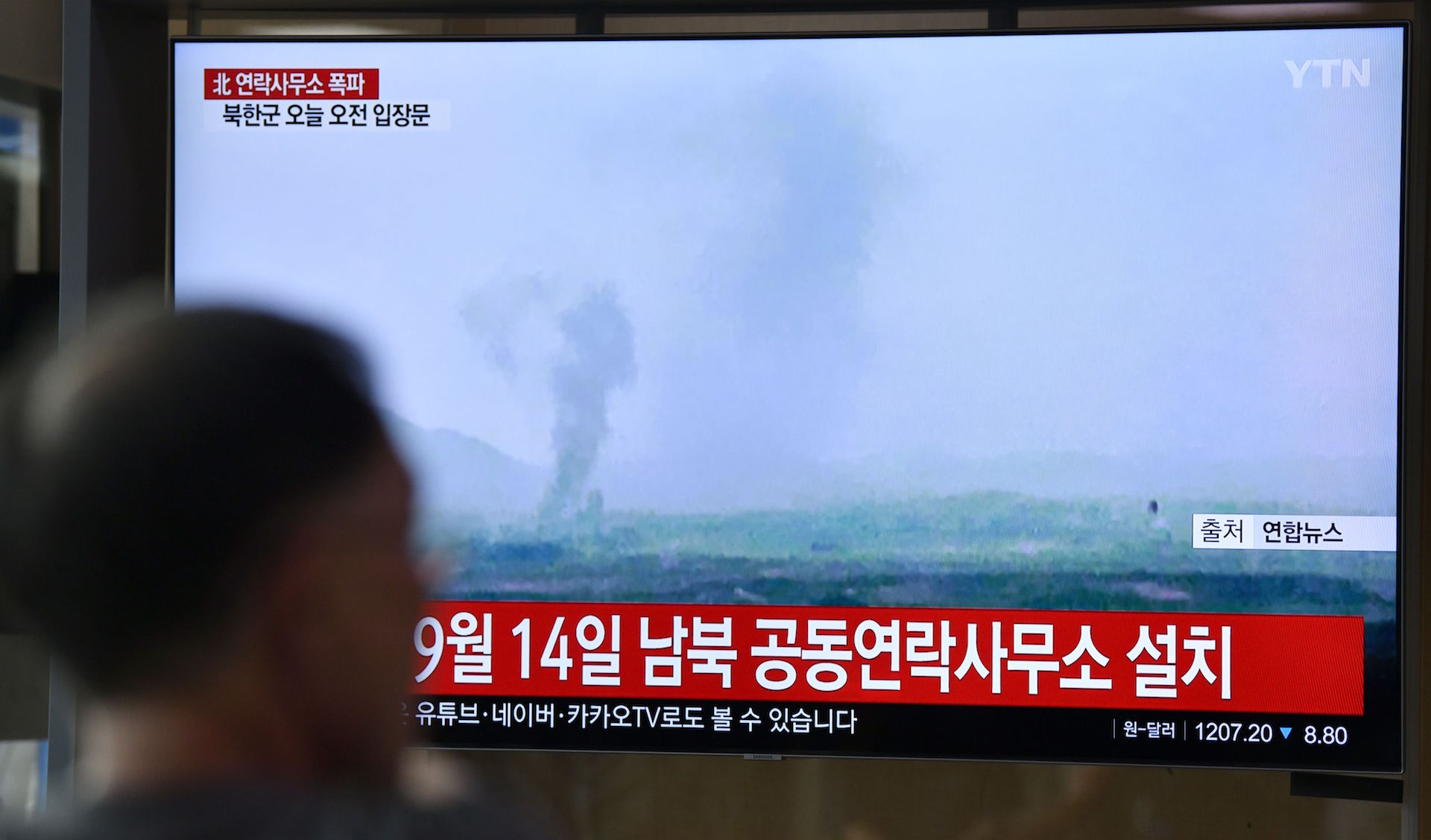 North Korea has blown up a liaison office building that was used for talks with South Korea.

The demolition of the empty building, the carrying out of which had been "previously signaled" by North Korea, was described in an Associated Press-cited statement from South Korea officials as an act betraying "hopes for an improvement in South-North Korean relations and the establishment of peace on the Korean Peninsula."