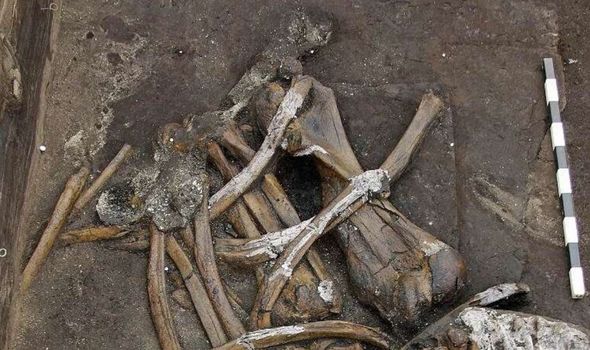 Archaeologists have discovered the gold mine of human artefacts, after finding 'throwing sticks' in a cave in Germany dating back 300,000 years. Researchers analysing a coal mine outside Schoningen, in northern Germany, discovered nine ancient spears, alongside the butchered remains of dozens of horses. Alongside these were also the remains of elephants, which once roamed across Europe.