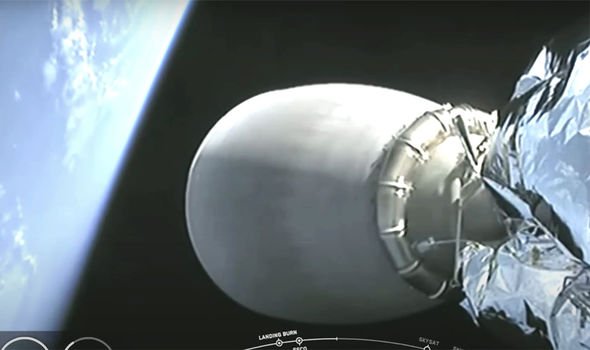 The incredible sighting of a UFO approaching a SpaceX rocket on Saturday sparked a social media frenzy. The mysterious object could be seen flying at high speed towards the Falcon 9 rocket before abruptly stopping. However, the NASA live stream of the launch was suddenly cut just one second after the sighting, triggering claims of a "cover-up" online.