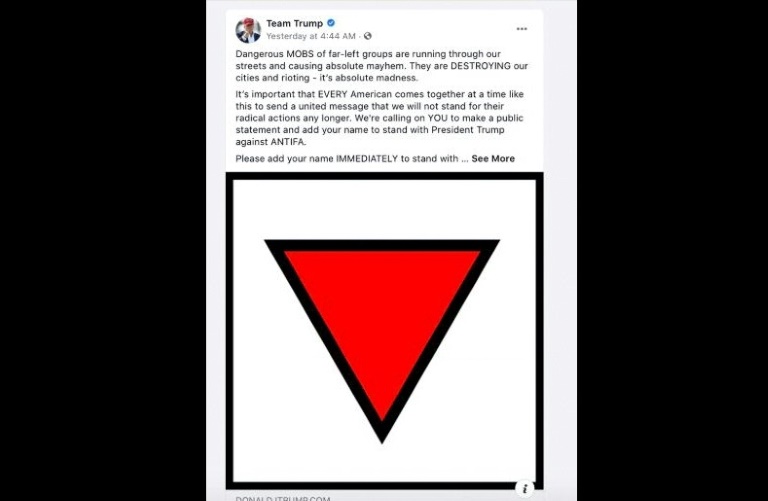 Want to study for an MBA? First understand these
Earn 50 points by checking in daily during the Circuit Breaker period!

This computer screen capture shows a removed Trump campaign ad that appeared in feeds on Facebook on June 18, 2020 and contained a symbol used in Nazi Germany for political prisoners