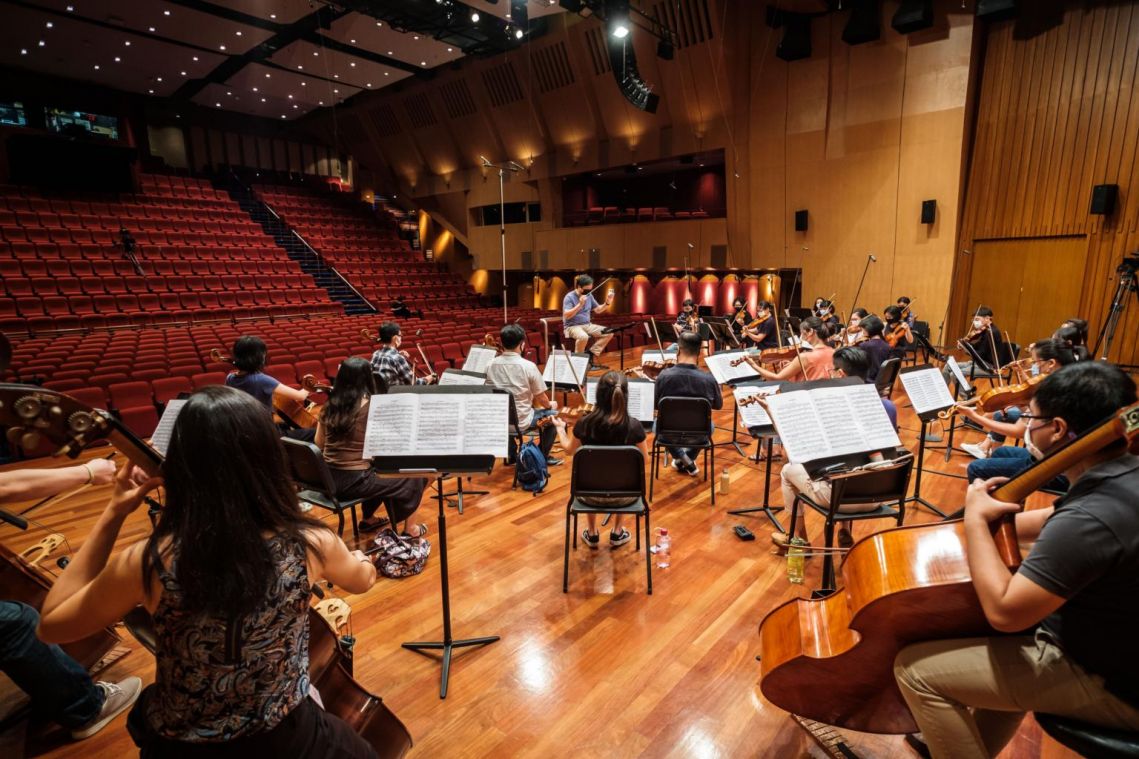 Concert review: Exciting chamber concerts by SSO and Orchestra of the Music Makers

Orchestra of the Music Makers

Since Singapore Chinese Orchestra's entry almost a month ago, other orchestras have also got on the act, thanks to the National Arts Council's live performance pilots.

Concerts are, however, still limited to chamber-sized groups, attended by audiences of just 50 socially distanced heads.

Ten string players of the Singapore Symphony Orchestra presented two popular works of the chamber repertoire. Joseph Haydn's String Quartet In C major (Op. 76 No. 3) is the most familiar of his 68 string quartets, largely because of its slow second movement. It is a set of variations on Haydn's own Emperor's Hymn, later adopted as Austria and Germany's national anthem.

The arch simplicity of its melody and subsequent variations was well realised by the quartet of violinists Xu Jue Yi and Chikako Sasaki, violist Wang Dandan and cellist Wang Zihao. Incisiveness and clarity marked the opening movement, while humour filled the 3rd movement's minuet and trio. The mood turned serious for the finale, but its storms and stresses were soon dispelled as daylight shone at its conclusion, happily back in the key of C major.