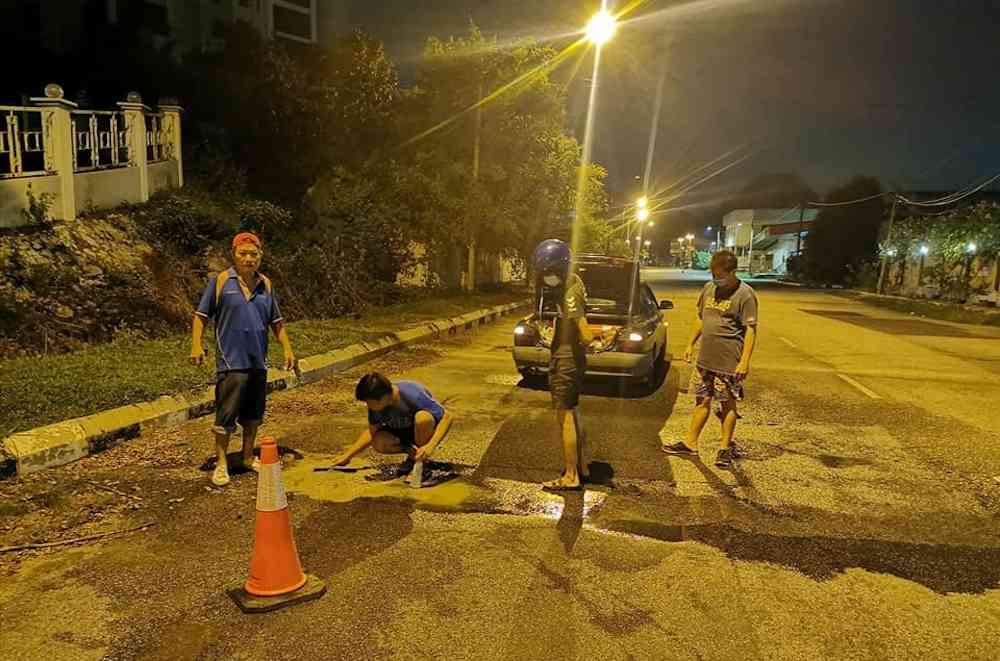 This was following a report by Malay Mail on Friday that Bercham residents have taken the initiative to resurface the road themselves after the problem of potholes persisted despite previous repairs.

In a statement to Malay Mail, a council spokesman said the road repaired by the residents was one of the many roads earmarked by the council to be resurfaced in the city.

“Puncak Emas Infra Sdn Bhd had on Oct 3 maintained the road by carrying out patching works.

“Hala Bercham Timur 11 and its vicinity have been listed for upgrading works with work scheduled to begin this month.”

It was reported that eight residents repaired about 20 potholes in four hours, using cement, sand and pebble which cost them RM1,000.