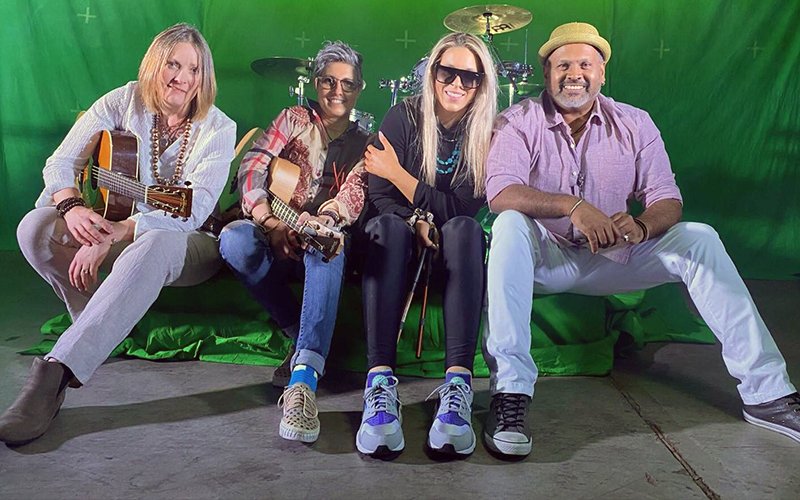 Seasoned musicians Amir Yussof and Ravie Varmaan, who helped shape the local live circuit in the 1990s, have never met each other.

They now live more than 3,000 km apart; Amir having migrated to North Island, New Zealand in 2016 and Ravie to Adelaide, Australia in 2003.

Recently, Ravie – whose band, Havoc – won the Asia Bagus band contest in 1994, reached out to the once-popular pub singer and recording artiste Amir, to propose a collaboration.

Ravie messaged Amir via Facebook to seek his approval to do a cover of the singer-composer’s 30-year-old infectious song ‘Island’ for his new 11-track solo album, ‘Never Too Late’.

Amir’s reggae-influenced tune about feeling free and living on an island and in the jungle, was one of the hits in a Malaysian compilation album, ‘Ikhlas’.

Batu Caves-born Ravie, 51, hoped that the 53-year-old Amir would do a duet with him on the new ‘Island’.

Amir instead did a voiceover track for the intro and outro that breathes new life into a song that he said was “perhaps, subconsciously inspired while teaching windsurfing, sailing, water skiing and snorkelling in the Maldives.”