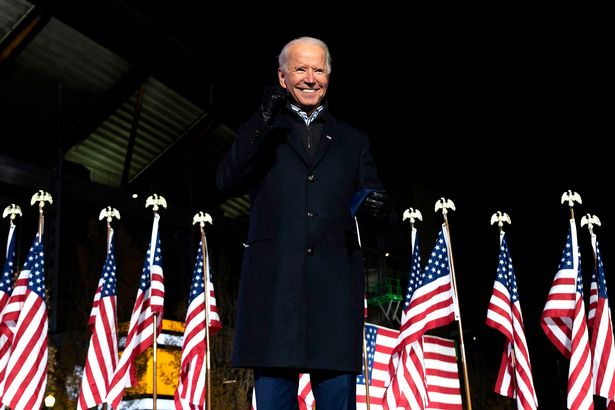 Donald Trump sent a defiant tweet claiming that he is the winner of the presidency, despite Joe Biden being declared the President Elect, five hours earlier while he was on a golf course

Donald Trump has broken his social media silence to falsely claim he has won despite the election being called for Joe Biden five hours ago.

Read full article on The Mirror - US News