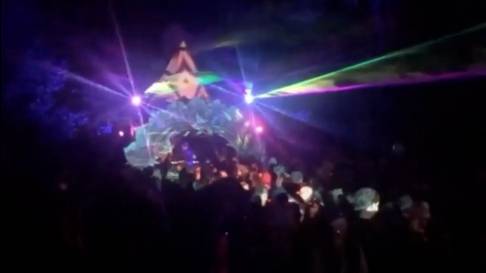 Extinction Rebellion protestors have parked a truck in the middle of Brisbane's CBS this morning and blocked all three lanes of traffic on Edward St.

According to Brisbane Times, the climate activists rocked up at about 7.15am. Two protestors climbed on top of the truck and refused to come down as they protested with a megaphone. One of the demonstrators used a lock-on device to lock themselves to the truck.