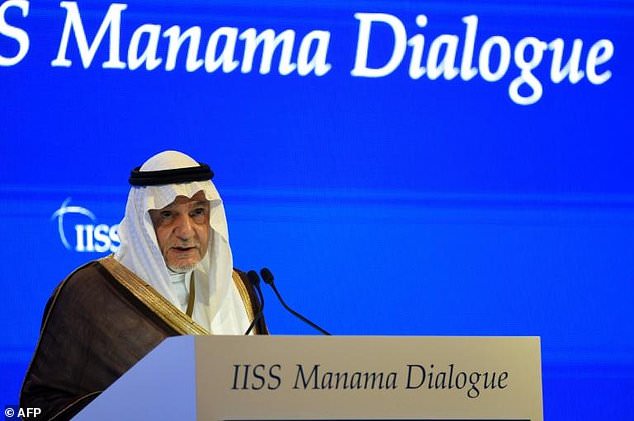 Saudi prince slams Israel at summit, calling the Jewish state a 'Western colonising power' that holds Palestinians 'in concentration camps' and 'assassinates whomever they want'

An influential Saudi prince has launched a bitter attack on Israel at a regional conference, calling the Jewish state a 'Western colonising power'.

Prince Turki al-Faisal, a former Saudi intelligence chief who is said to be close to the country's top leadership, reiterated strong support for the Palestinian cause in a fiery presentation to the Manama Dialogue security forum in Bahrain on Sunday.