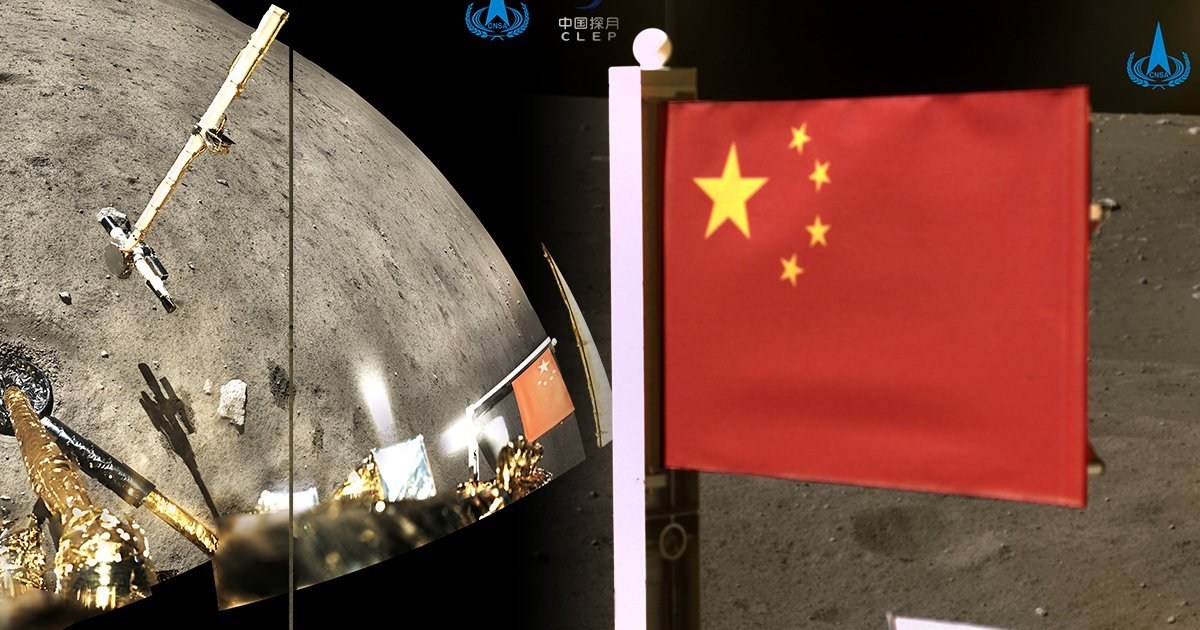 A Chinese flag was planted on the moon by the country’s spacecraft Chang’e 5 (Picture: Reuters)

China has become only the second country in the world to plant its flag on the moon, 50 years after the Americans did it first.

The county’s spacecraft, named Chang’e 5, unfurled the flag as it lifted off from the moon on Thursday night, carrying lunar rocks which will be returned to Earth.

It’s the third Chinese spacecraft to land on the moon and the first to take off from it again as the country carries out a series of increasingly ambitious space missions.

The US planted the first flag on the Moon during the manned Apollo 11 mission in 1969. Five further US flags were planted on the lunar surface during subsequent missions up until 1972.

Chang’e 5 touched down on Tuesday on the Sea of Storms on the moon’s near side. Its mission was to collect about two kilograms of lunar rocks and bring them back to Earth, the first return of samples since Soviet spacecraft did so in the 1970s.

The ascent vehicle lifted off from the moon shortly after 11 p.m, Beijing time, Thursday and was due to rendezvous with a return vehicle in lunar orbit, then transfer the samples to a capsule. The moon rocks and debris have been sealed inside a special canister to avoid contamination.

After the transfer, the ascent module will be ejected and the capsule will remain in lunar orbit for about a week, awaiting the optimal time to make the trip back to Earth.