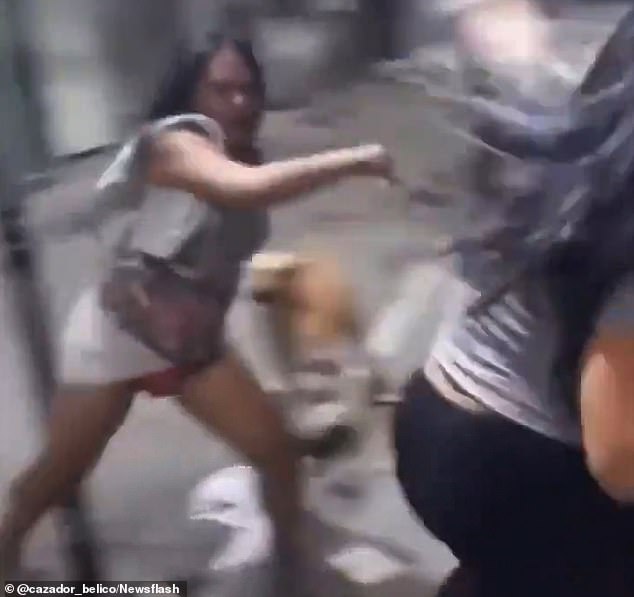 Bottom’s pup! Stray dog pulls down woman's leggings and exposes her rear as she brawls with a rival in the street

A stray dog was caught on camera as it pulled down a woman's leggings as she brawls with another woman in the street.

The hilarious incident was filmed in El Salvador on December 7 as two unknown women squared up to each other in the street.

The woman wearing black leggings starts pummelling her rival as a bystander tries to break up the fight.