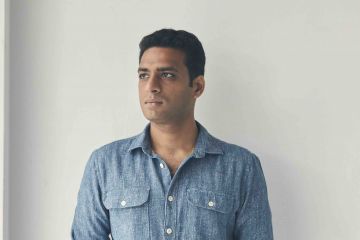 The music made him do it. Abhishek Poddar, who grew up listening to rock greats like Pink Floyd and Led Zeppelin, was part of a punk rock band in boarding school. He also used to helm the decks at underground parties as a student at the University of Michigan, Ann Arbor.

Later, when business trips on behalf of his family’s India-based textile company Siyaram Silk Mills brought him to Europe, he befriended many creatives in the fashion industry and eventually struck up indelible friendships with them.