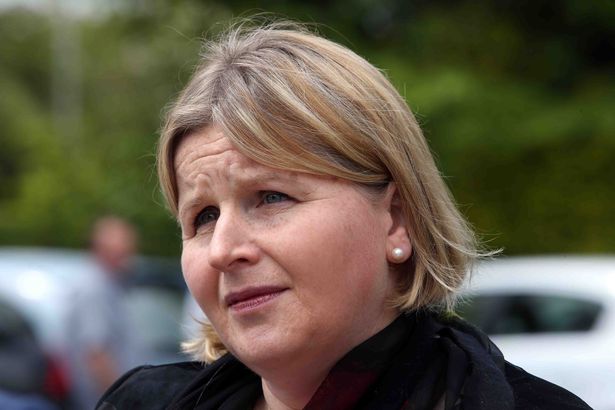 Rhiannon Davies, mum of Kate Stanton Davies who died six hours after being born in 2009, spoke of how she was shouted at during the birth by a midwife and blamed for her daughter's death

A mum has bravely relived how she was blamed for losing her baby daughter as a damning report into maternity care at an NHS trust was released.