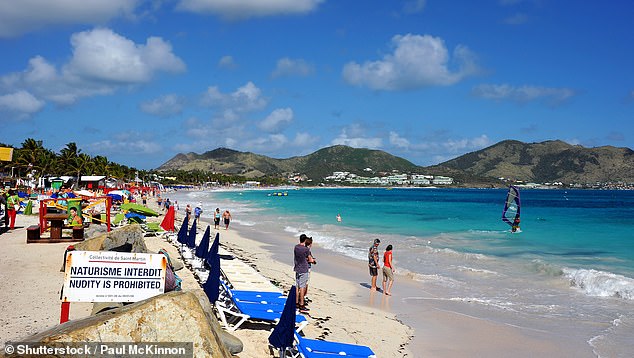 Female tourist, 39, is killed after shark rips her leg off as she swam off of Caribbean island Saint Martin

A female tourist has been killed in a shark attack off the island of Saint Martin marking the French Caribbean territory's first such fatal incident in recent history.

The shark killed a 38-year-old female tourist, shocking many in the eastern Caribbean region where experts say such attacks are extremely rare.