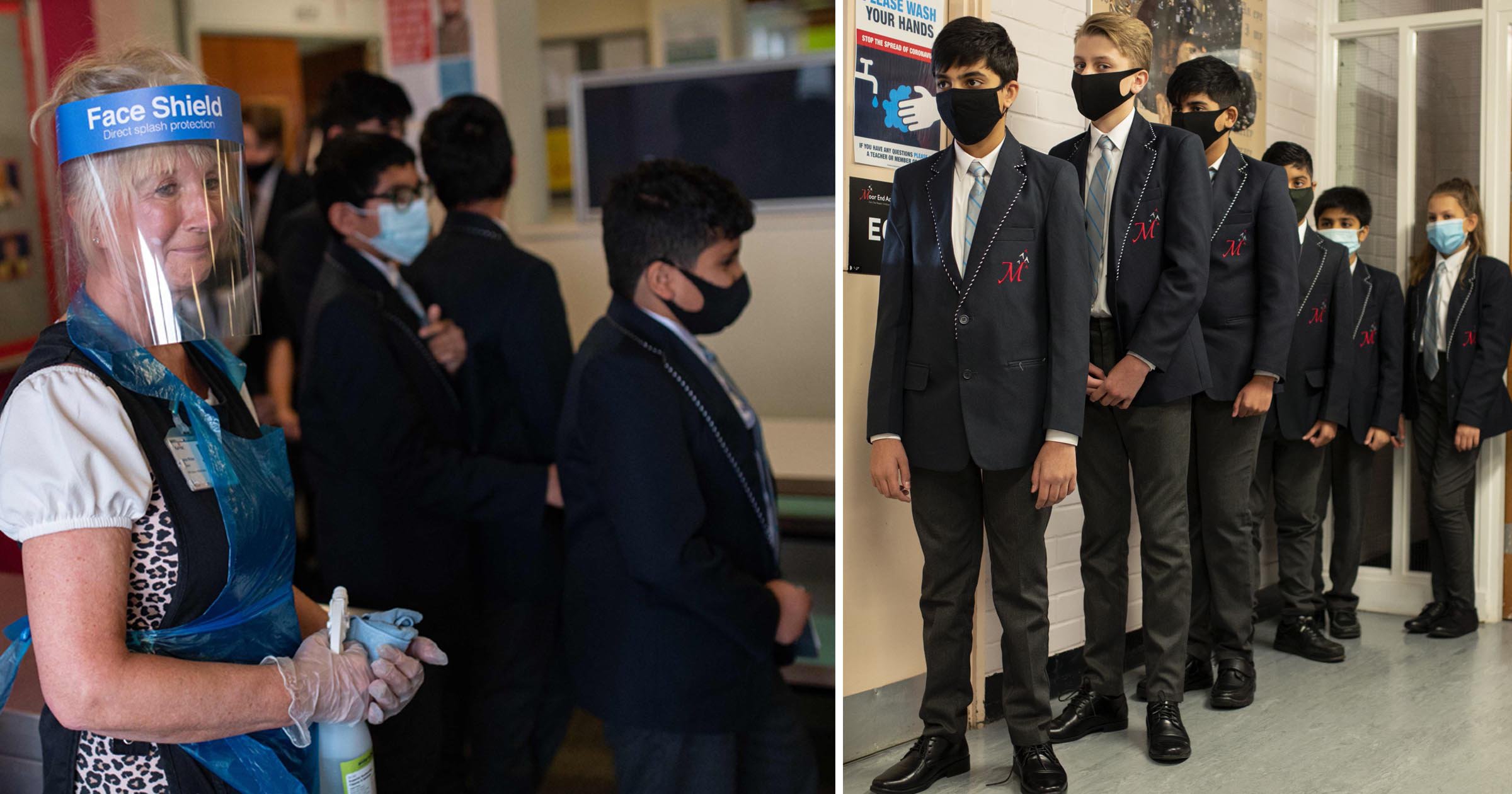 The Government has ruled out any return to online learning for the last week before Christmas (Pictures: PA)

Schools that decide to close early for Christmas to attempt to reduce the spread of coronavirus may face legal action.

New powers introduced through the Coronavirus Act allow the Government to issue ‘directions’ to headteachers around education provision during the pandemic.

Should schools fail to comply after being directed to remain open, Education Secretary Gavin Williamson could apply for a High Court injunction forcing them to do so.

Presdales School in Ware, Hertfordshire, has already been threatened with legal action after it planned to switch to online learning for the final week of term.

Its headteacher was sent a ‘minded to direct’ letter from schools minister Nick Gibb warning that the emergency powers could be used, Schools Week reported. The school reportedly scrapped the plans after receiving the letter.

Ministers have repeatedly reiterated that keeping schools open is their number one priority as the UK continues to battle the pandemic – and have ruled out a return to online learning in the run up to the festive period.

They have allowed schools to hold an inset day on the last Friday of term but all schools are expected to be open for pupils for the majority of next week.