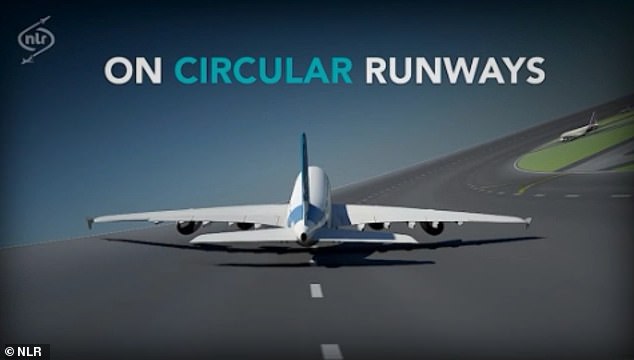 Could CIRCULAR runways take off? Aerospace tests show circle designs would increase capacity, allow for simultaneous landings and take-offs and remove the risk of crosswinds

Circular runways could revolutionise commercial aviation while increasing the capacity of airports by 2050, according to a leading Dutch scientist.

Built as a 2.2mile-wide circle nearly seven miles in circumference around an airport, the runway would allow for a high volume of traffic as several takeoffs and landings could take place simultaneously.