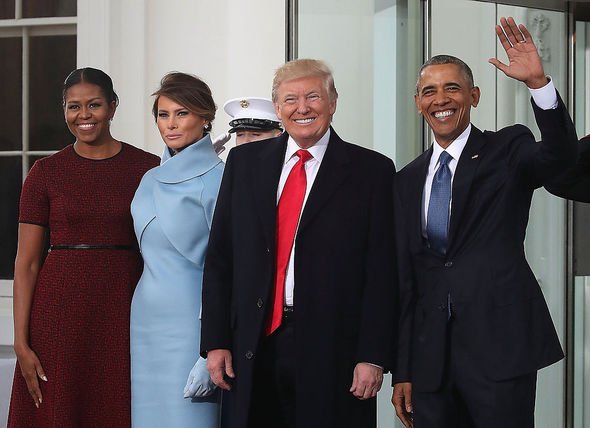 He made reference to the false ‘birther’ conspiracy led by President Trump which questioned his citizenship and eligibility to serve. Mr Obama, who was born in Hawaii to an American mother and a Kenyan father, served from 2009 to 2017 as the first African-American president in US history.