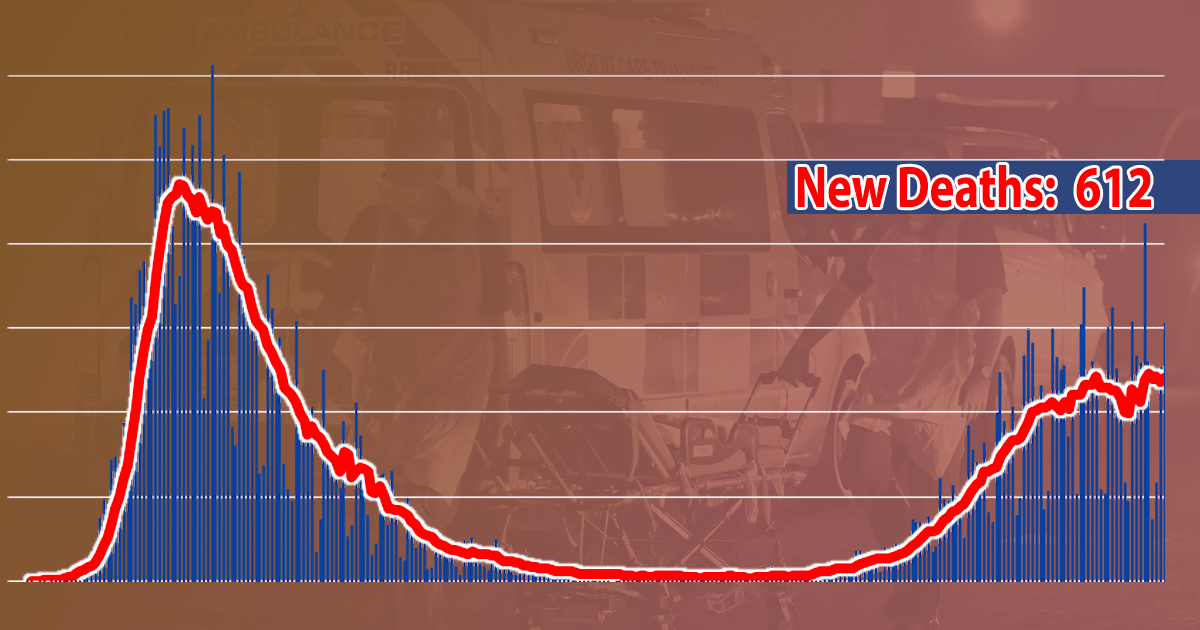 The Department of Health have confirmed another 612 deaths (Picture: Metro.co.uk)

A further 612 people in the UK have lost their lives after testing positive for coronavirus, the Department of Health have confirmed.

In the past 24 hours another 25,161 infections have been recorded, bringing the total number of cases since the pandemic began to 1,913,277.

The Government’s death toll, counting fatalities within 28 days of testing positive for Covid-19, now stands at 65,520, passing the 65,000 mark today.

However separate figures published by the UK’s statistics agencies for deaths where Covid-19 has been mentioned on the death certificate put the number at .

It comes after the Government confirmed they would go ahead with plans to allow up to three households to form Christmas ‘bubbles’ from December 23 to 27, despite the risk of a huge spike in the New Year.

But while they have decided not to bow to pressure and will not change the rules Boris Johnson has suggestedshould try to spend less time together and avoid staying overnight.