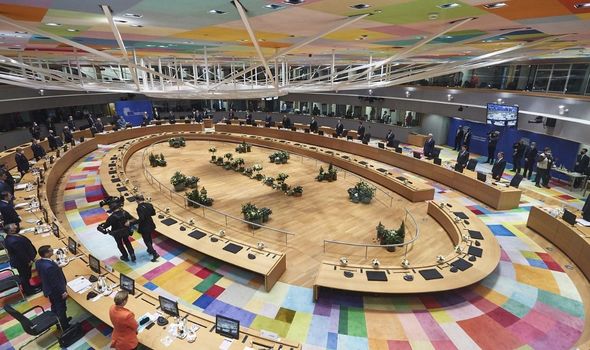 The Chancellor arrived in Brussels today for the EU summit where officials will discuss the new budget, recovery package and Brexit. Despite Germany being the strongest economic power within the bloc, a political scientist has insisted she is now entering the final crisis of her tenure. In an interview with German publication Deutschlandfunk, political scientist Albrecht von Lucke, claimed the Chancellor is now coming to the limit of her power as her time in office nears its end.