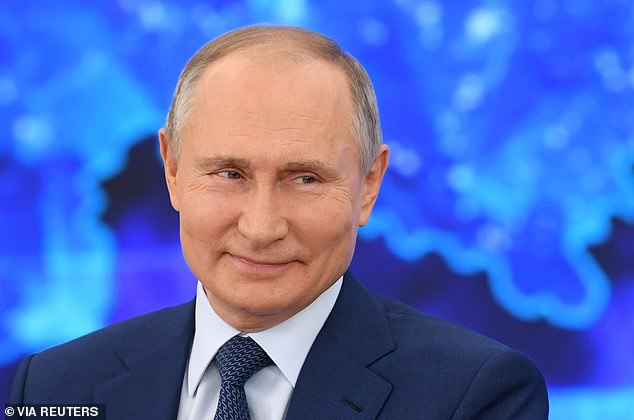 Vladimir Putin laughed off reports the Kremlin was involved in poisoning opposition leader Alexei Navalny, saying if he wanted him dead 'it would have been done'.

Speaking via video call during an annual marathon news conference today, the Russian leader accused US intelligence agencies of stoking the claims.