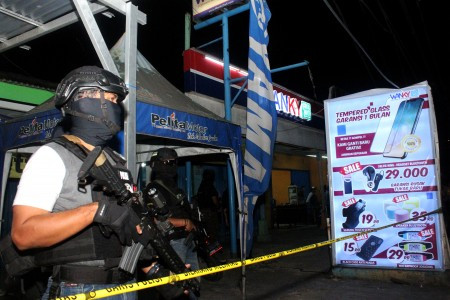 The National Police have said 20,068 alms boxes in 12 regions were used to raise money and fund activities for the Jaamah Islamiyah terrorist group.